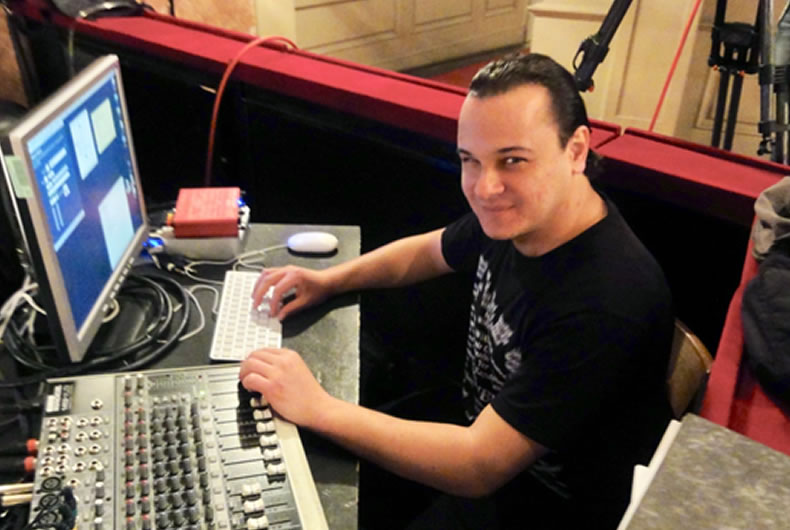 BIO – Born in 1980, Istanbul, Dülger got two BAs in composition from Istanbul University and University of Music Vienna and 2 M.A.s from instrumental composition and electroacoustic composition at University of Music Vienna. His teachers were Mete Sakpınar, Wolfgang Suppan, Wolfgang Musil, Michael Obst, Karlheinz Essl, Chaya Czernowin and DMA at Boston University in the class of Joshua Fineberg.
His pieces are varying from solo pieces to orchestra and ensemble pieces with or without live-electronics and focus on sound as a developing object which can be described as post-musique concrète instrumentale. His music is performed in Turkey, Italy, Austria, Germany, Taiwan, USA, Mexico, Italy since 2001.
He is financially supported by, Fulbright, Viktor Bunzl, CYDD, Boston University, University of Music Vienna. He received prizes from the Cepromusic, Auftakt, Sound Icon, Francisco Escudero, Theodor Körner Prize. He is an instructor in at Anadolu University and a member of ICC (Istanbul Composers Collective). 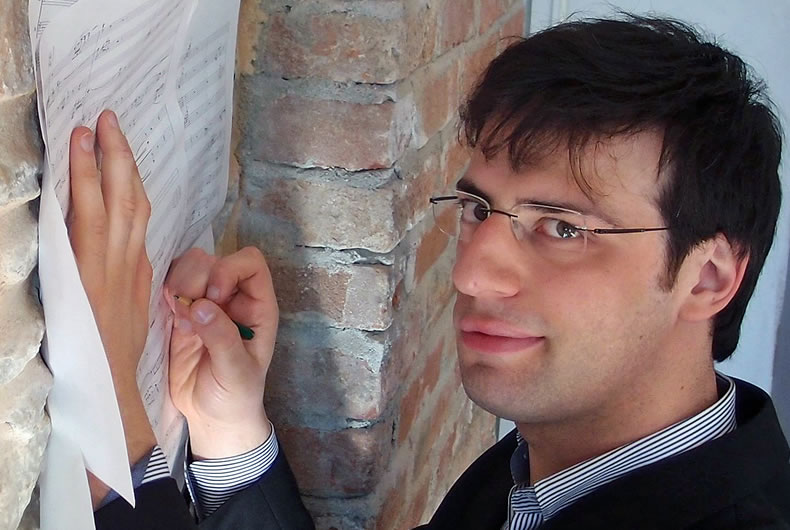 He graduated with honours in Comparative Literature at the University of Turin and presented a thesis dedicated to Max Reger. In 2014, he was awarded the De Sono scholarship, addressed to the most promising musicians from Piedmont. Thanks to this opportunity, he was able to continue his studies in Rome at the National Academy of “S. Cecilia” under the guidance of Ivan Fedele.

In addition to these educational activities, he became engaged in several fields in the musical panorama. As a composer, Andrea Damiano Cotti has archived a large number of works, many of which have received prestigious national and international awards. Among the numerous awards and mentions, we recall: the first prize obtained in the composition contest Benedict XVI, the first prize won in the RDS Competition, the Classic Competition, the International Competition of the City of Stresa, the International Composition Competition London ear and the “Award Bettinelli”.

His music has been performed by internationally renowned groups and soloists as well as recorded and transmitted by various broadcasters including BBC radio. BBC radio recently included his music in the program dedicated to contemporary music “Hear Now.” His compositions were published by Verlag fur neue musik – Berlin. 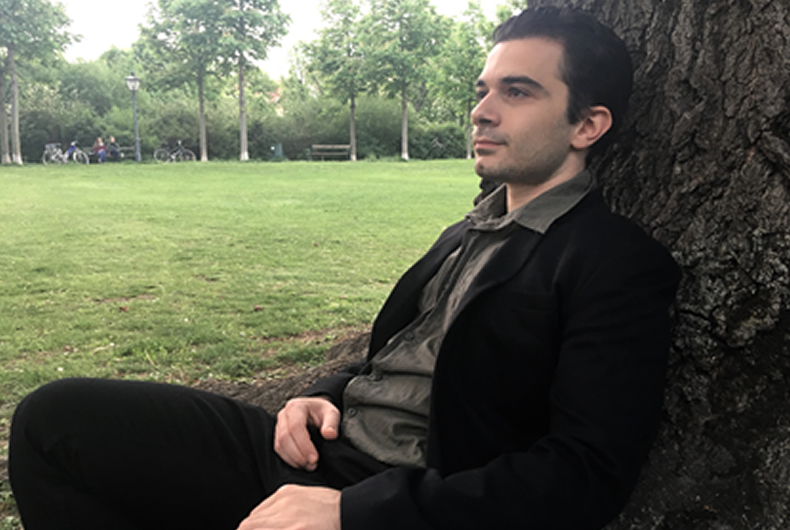 BIO – Sinan Samanlı was born on the 21.03.1990 in İstanbul, Turkey. He studied classical guitar at the Yıldız Technical University, musicology, music theory and composition (with Ahmet Altınel) at the Mimar Sinan Fine Arts University in İstanbul. After 2016 he started his masters study in composition at the Universität für Musik and Darstellende Kunst Graz and since then had regular compositions from Beat Furrer and Bernhard Lang as well as occasional lessons from Pierluigi Billone, Raphael Cendo, Chaya Czernowin, Alberto Posadas and Simon Steen-Andersen.

His instrumental music is performed by Schallfeld Ensemble, ICE Ensemble, Ensemble Multilaterale and others as part of festival in Austria, France, Finland, Ukraine and Turkey. In 2018 he received a commission from the Cantando Admont for a vocal piece with oud accompaniment, which was performed during the Brücken Festival in Styria. He is now working on an electroacoustic project to be performed during May 2019 at the Tonspur festival in Wien’s Museums Quartier. 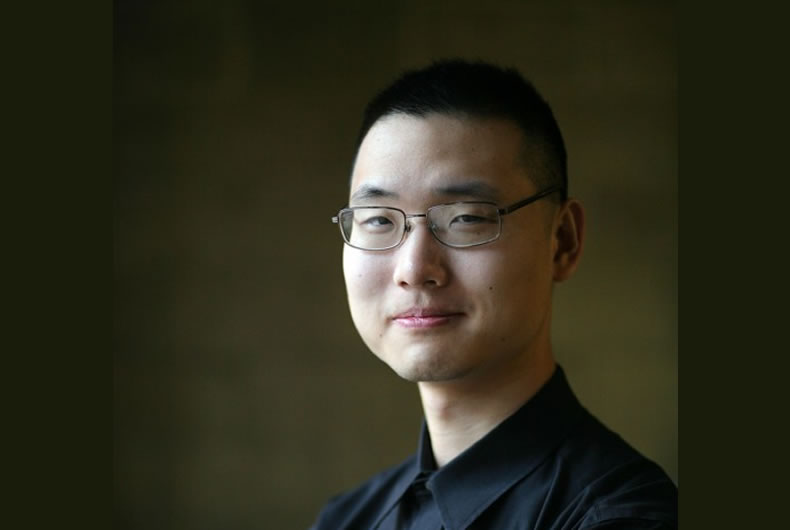 BIO – Haosi Howard Chen was born in 1991 in Shanghai, China. After moving to the US with his parents in 2001, he finished his bachelor studies in 2013 in composition as well as in piano performance from the University of California, Los Angeles (UCLA), during which period he received many scholarships as well as prizes in recognition of his musical studies.

After graduation, he worked as a teaching assistant in music theory at UCLA, before he moved to Germany in 2016. He currently studies with Prof. Dr. h. c. Wolfgang Rihm at the University of Music in Karlsruhe and is a recipient of the Landesgraduiertenförderungsstipendiums as well as that of the DAAD-Freundeskreis. His works have been premiered in the United States and the European continent by ensembles such as wild Up, Quartetto Indaco, Euler Quartet, and International Ensemble Modern Academy. Alongside these live performances are also live radio broadcasts of his music on KUSC and SWR2. 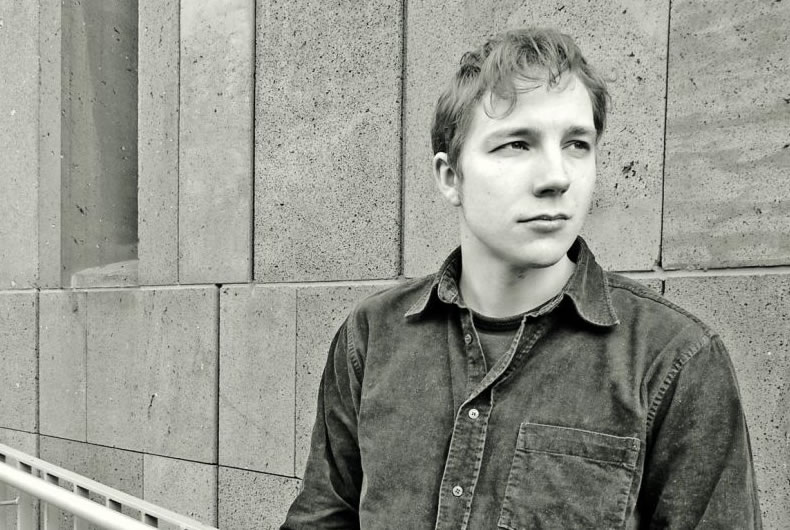 In 2012 he moved to Vienna in order to continue his studies at the music university. Since then he has been working regularly with contemporary music ensembles and musicians. Aside from widening his horizons as a composer, he also began his musical training in conducting.

In 2019, he was awarded the prestigious Theodor Körner Award, which he received from Austrian President Alexander van der Bellen.